I wanted to bump this up to the top again since I blog a lot and things tend to pile up. 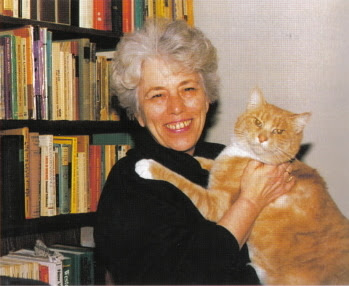 Susanna Oroyan was born May 24, 1942 in Portland, Oregon, daughter of Louis Benjamin Scruggs and Marjorie Eunice Hibbert Scruggs. She attended Brooklyn Elementary School there and Keizer Elementary School in Salem, Oregon. She graduated from North Salem High School in 1960 and went on to attend both the University of Oregon and California State University at Sacramento. She received a Bachelor of Arts degree and completed a 5th year of education in California and Master of Arts in English from the University of Oregon in 1971. She was accepted to the PhD. program in 1978 at the University of Oregon and worked on rhetorical theory under the direction of Albert Kitzhaber until his retirement in 1981. She married Thomas Oroyan of Waimanalo, Oahu, Hawaii in 1962. Her death was due to a seven year battle with colo-rectal cancer in her spine.

"I never had a real job unless you count being the world's longest term temporary part-time secretary when I worked nine years for my husband's architectural firm. After school I fell head over heels into making figure sculpture. This is the construction of evocative or provocative representations of the human figure. They are multi-media constructs showing the human condition from realistic to abstract often seen in museums and galleries. One of my first pieces, a soft sculpture character, won first place in the sculpture division of the All Oregon Art Show in 1975. By 1980, I had begun to sculpt with oven curing clays and I was honored to be elected an artist member of the National Institute of American Doll\u2009/ Artists in 1982."

As a member of NIADA, Oroyan served on the Board and as President of the organization from 1985 to 1992 and remained an active committee member until 2004.

"Throughout my doll making years, I wrote to promote the art and the artists'." Over the years, Oroyan produced over 300 articles for various journals and was contracted to consult for Hobby House Press from 1987 until its sale in 1994. After leaving office work in 1988, with her husband's illustrations, founded a line of teaching patterns and booklets under the name of Fabricat Design.

One thing led to another and she was soon "on the road" teaching sculpture to various art and doll groups in places as far away as Australia, and she taught on the regular rotation of the Annual American Quilt Festival in Houston during the 1990s. In 1992, one of her Fabricat Publications brought her to the attention of C & T Publishing. With them, again with her husband's illustrations, she wrote and published a series of seminal books on the techniques and design of figure sculpture; Fantastic Figures 1994, Anatomy of the Doll 1997, Designing the Doll 1999, Finishing the Figure 2001, and Art Deco Dolls in 2004. Anatomy of the Doll was honored by Scientific American magazine as Best Technical Book for Youth in 1997. Oroyan also received the award for Best Doll Maker of the year for teaching and publication from the National Association of Cloth Doll Makers in 1995.

Oroyan's art – close to 500 pieces in collections around the world, including the Musee des Jouets at the Louvre in Paris – was noted for whimsy and the avant-garde in figures. She is probably most known for her 60 piece one-of-a kind Mulliner Family series and, in later years, for the Empresses of the Universe series. "It was always the challenge of getting the idea engineered into a three dimensional reality. How does an Empress of the Universe get around? With built-in sails, some on abstract wind-sail contraptions, and one with a pogo stick." The Mulliner English eccentric figures were fun for all. I made an elaborate family tree and basic story for each one. Owners became members of the Mulliner Family Conservancy. Throughout history, it seems Mulliners were very acquisitive, so their owner\u2009/\u2009conservators often collect items and make settings to show off their possessions."

Locally, Oroyan worked with Kathy Jensen, curator of the Springfield Museum to mount highly attended exhibits of figurative art from as many as 150 internationally known artists in 1991 and 1994. In 2001, over 80 pieces of her own work were featured there as the main gallery retrospective. She also was a founder of the annual Doll and Toy Festival held at the fairgrounds every fall and co-chaired it for ten years of its 20 year history. She was also a charter member of the Eugene Doll Club in 1971 and Pacific NW Paper Doll Collectors and helped found the Doll and Toy Craftsmen and the Stitchin' Time cloth doll clubs in the area. As an active member, she chaired the United Federation of Doll Clubs' 1985 Regional Conference noted for taking its 500 attendees to a performance of the Eugene Ballet. During the same year she completed her first book, Contemporary Artist Dolls published in 1986, co-authored with Carol-Lynn Rossel Waugh, and edited the conference limited edition journal, "44 Famous Paper Doll Artists." Again, for the 1994 Conference, she wrote and produced a book on Art Deco dolls and their stories as its limited edition journal.

During the years of her illness and treatment, she continued to be active completing the book "Finishing the Figure" and "Dolls of the Art Deco Era" as well as occasional contributions of articles to various doll making journals. In 2003, she was named consulting editor for Art Doll Quarterly, a publication of Stampington Press. "I am never going to say "retired," but, even though I never thought of myself as a collector, I find I have numbers of older dolls. They always need new clothes or at the very least new display formats, so I always have several working messes which seem to evolve into topics for more articles."

"It has been a wonderful, fascinating and busy life, but I could never have done it without the support of my family and friends. My mother, who did not expect to have to re-mother me at an age when she should have been smelling the roses and especially, my husband, Tom have worked over and beyond. In addition to being my teacher, critic, and translator of ideas into illustrations. In recent years, he has taken on domestic chores and nursing – often getting up three times in a work night to help me be comfortable – putting his own physical condition at risk of deterioration. There are simply no words that can express my love for him. Some people are lucky in love and I was especially blessed."

A memorial service will be held on Wednesday, September 5, 2007 at the Episcopal Church of the Resurrection, Eugene, Oregon at 1:30 p.m. followed by a reception. On September 14, 2007, following a noon memorial service at The Hawaii Memorial Park Mortuary Chapel, Kaneohe, Hawaii, inurnment will be done at the Hawaii Memorial Park Cemetery. Reception will be held at the Mortuary facility.

Susanna is survived by her husband Thomas Oroyan, her mother Eunice Scruggs of Eugene, brother David Scruggs of Portland, son Martin and grandchildren Ruby and Tycho Benjamin Oroyan of London, England; cousins in the Eugene- Springfield area, Portland and Seattle, and by marriage to the Oroyan/Sacayan families, "Auntie Susie" to 35 nieces and nephews, their children, and grandchildren in Hawaii.


Today Susanna Oroyan passed away. She is the reason I began making dolls. I picked up her book, Fantastic Figures, in the Summer of 2000. I was introduced to a whole new world of creative expression. I would not have that voice without Susanna Oroyan. She is and always will be the dollmaker's muse. May she rest in peace and may light perpetual shine upon her.

Posted by Coppermouse Dolls at 11:56 AM

She was a wonderful teacher and dollmaker. I had no idea she had passed. God bless her.

I love it ! Very creative ! That's actually really cool Thanks. 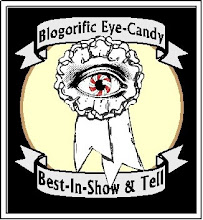 from the lovely and talented Jo of Cart Before the Horse